We're Getting Mutants in the MCU - The Loop

The story of a well-bred horse with a white star on his forehead who starts out in a good stable with friends Ginger and Merrylegs, but gradually comes down in the world, his health failing due to over-work and his spirit almost broken.

"an adaptation to fall madly, foolishly, in love with, even though you know it's all rather silly. The horses talk, the humans are either virtuous saints or nasty sinners, and the happy ending is at the stinkier end of the cheesy scale, but still, there is no resisting it. " - Elizabeth Mahoney,The Guardian[2]

"Although the novel’s narration comes straight from the horses mouth, with Adam Godley in the eponymous role, I wasn’t convinced by the anthropomorphisation. It may have worked on the page in Katie Hims’ script but lent the piece a cartoon element in performance. Few, though, could fail to be moved by the equine suffering portrayed." - Moira Petty, The Stage[3] 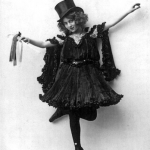